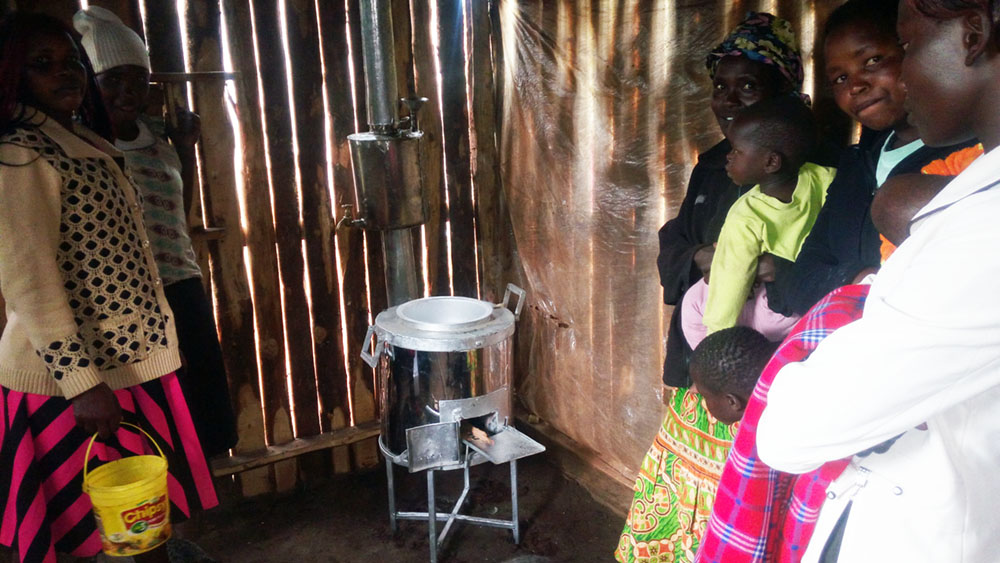 The stove story of the Kipkoech family from Kuresoi – Njorua

Sally was preparing to cook dinner (ugali and vegetables). She lit her 3 stone fire and placed a pot of water on the fire for the ugali. Emmanuel and his friends where playing hide and seek outside. The mother left the kitchen to go to the main house for some maize flour. Emmanuel decided to hide in the open kitchen and when his friend came to find him they began racing in the kitchen. During their play in the kitchen the child accidentally stepped on the firewood tipping the pot of boiling water off the 3stones. This led to the hot water splashing on him. This lead to severe burns on his legs and thighs. Immediately after the burn the mother took his clothes off and applied some maize flour on his wound.

Since there is no hospital nearby, Emmanuel wasn’t taken to hospital until the next day. After a one day stay at the local hospital he was transferred to Nakuru Provincial Hospital where he stayed for 3 months. He has since been discharged as his wounds are healing very well.

The Kipkoech family qualified for a Salama Stove as part of our stove donation initiative(to families of children who have suffered burns in the home).

After using the Salama Stove for a while, Sally, Emmanuels mother, says the Salama Stove is very beautiful and it is a treasured household possession. She also thinks the Salama Stove is a big improvement for her from the 3stone. It’s safe and children will not be hurt as they play around the kitchen area. Since firewood is sometimes a problem in the area she thinks it will also save her time as it uses less wood, so fewer trips to the forest to collect firewood. She can then use the free time to tend her farm which is her main source of income. Sally also says it’s healthier to cook on the Salama Stove because the smoke is vented out and also there will be no more back pain from cooking on a low 3stone fire, since she can cook standing up with the Salama Stove.

"It’s a good stove and will help prevent future burns on my children."

-Rose, mother of child burned by boiling water from a 3-stone fire